IT in Business - The New Mantra for the CIO

The Role of DCIM in a Lean, Clean and Mean Data C

Technologies Taking Industries to the Next level o

Learn To Become an Innovator for Being a New Age CIO 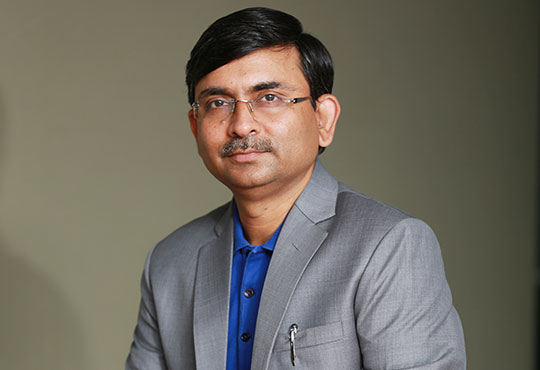 Like everything else, role of CIO also has been changing ever since they moved from EDP Head to MIS Head and then to CIO. With improving telecom and a single flat world becoming a reality, CIO role has been subjected to massive change globally. Probably, it is only the CIO role that has undergone such a big change as compared to any other CXO. This is primarily because technology is no more supporting brick and mortar form of business, but has got just reversed with brick and mortar supporting the technology to move into a new form of doing business. This change is very rapid and threatening the old order like never before. Younger generations adapting to online buying has been so quick that brick and mortar are still counting their bruises. The yellow taxis are being looked down upon with Ola and Uber redefining how technology can change user experience like never before, but this is just the beginning.  In 2001, only one out of five top market capitalization was with technology company - Microsoft. Today in 2016, Google, Apple, Alphabet, Microsoft and Facebook, five out of five top market cap companies are technology companies. This speaks volume of the possibilities what technology can do to business.  Optimize Technology  It is amply clear that old order businesses need an overhaul and that too a quick one to stay competitive in race. This overhaul is all about ingraining technology deeply in their business and also in their mindsets because the window of change is getting shorter. This is where the role of CIOs suddenly takes a center stage. Before 2009, when I was myself a CIO and played several roles similar to the CIO, my world always moved around the technology that was in my company and how well it was operated. The strategy my team followed was all about operational efficiency. Small improvements were termed as innovations and we were almost cut out from the outside world of business and profits.  Several years down the line when I happen to become the head of a technology company where I was no more a CIO but a CEO, and now a venture investor, things became very different. The new age CIOs must come out of their traditional grab of IT Infra, vendor negotiations and managing ERP for their company, but emerge out as innovators who constantly look at new ways of doing business by leveraging technologies around them. I meet several CIOs in US and find that the CIOs are increasingly more accountable to the business directly for the revenues and growth. CIO no more is someone who reports to the CFO, but someone who is regular in board room and shares a seat near to CEO. In few cases, the CIOs are actually in line to take over as the next CEO. My own journey from a CIO role to CEO and eventually a venture investor in technology has taught me things that the CIOs should look to adapt to. Attending seminars and symposiums do give a good insight of what is happening in outside world, the real exercise is right at your workplace. Every CIO should look themselves as a CEO of their team and even work and behave as one. Have your own accounting and your own teams to manage things as if you are an internal vendor to your own company. While many companies have already done that, it is just a first step to realize your own worth and value. Transform into an Innovator The most important part comes during value addition where CIOs can look at every process the business does and help them with ideas and innovations that can bring down the cost of operations, help generate better revenues or is disruptive enough to give business an edge over their rivals. CIOs should become the champions of technology awareness in business and take along other senior leaders to outside exposures where everyone can rally behind them when CIOs come with new technology solution to an existing problem. This change must be taken at thinking level of each senior executive starting with CIOs themselves. I am surprised to find non technology leaders in US as highly technology aware. They have evolved to a level where they know that technology is no more a topic for a CIO but for everyone as it is reshaping everything we experience today. Their CIOs too have evolved into true business innovators. Such companies are looking ahead to be the change agent of this massive change our era, is witnessing by bringing the right mindset of embracing change and evolving all the time. We have to acknowledge that technology as a profession was our own choice and if we have to remain relevant, we have to constantly learn, unlearn and relearn to evolve into successful innovators and not just a CIO.

IT services
How to save big by automating your field sales reporting?

Embracing Cloud-Communications for a Competitive Advantage

Managing Insurance Portfolio through a Smartphone